Now we are back in London, was getting a bit worried with so many flights being cancelled, but we made it.
Its been such a good North American tour ending with Coachella madness then Mexico and Colombia for the first time.
Thanks to all who came out!
So many impressions. Ready to come home and work on album #3!
Heres a pic of the Colombian promotion, they painted murals around the city instead of putting up posters!
Wish we could do that in sweden.
Posted by ***** at 11:32 AM 4 comments:

Coachella was a blast, crazy but soo much fun.
Saw a bunch of swedes Fever Ray, Miike Snow etc heja svergie! ; )
Playing with the Gorillaz on the main stage was a wonderful experience.
We had the privilege to meet De La Soul!! Our idols and big inspirations!
They are up there with our favorite bands ever, what a privilege!
Posted by ***** at 1:45 AM 5 comments: 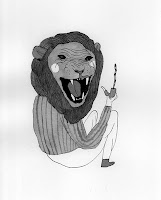 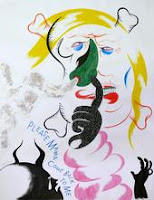 Alot of people have been asking who made our backdrop and T- shirts artwork.
Hideyuki Katsumata from Tokyo is our man check out his myspace now ; )
http://www.myspace.com/hideyuki_k
Posted by ***** at 2:40 PM 1 comment: